All Collections
How do I add audio to my broadcast?
How to work with Audio-only feeds and assets (and add background music to your broadcast)

How to use Persistent Audio and MP3 Audio

Using Audio-only feeds and assets in the STAGE TEN Studio allows you to customize your broadcast in a variety of ways:

How to use Audio-only feeds:

See the highlighted bar immediately below the Scene Builder: 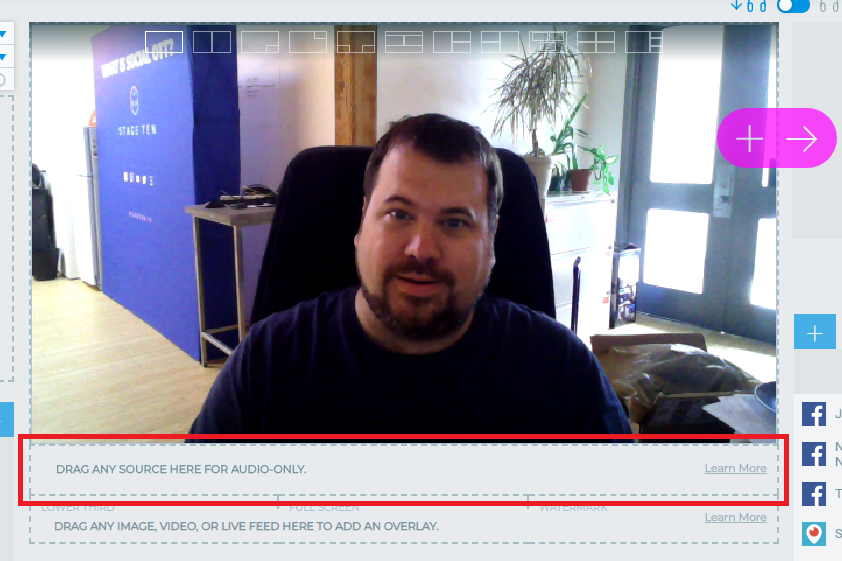 You can drag any live feed (from the Line Up) or prerecorded asset (from the Media Library) into this bar:

Once in the bar, and after your scene has been taken live, that Audio-only feed or asset will be included in your live broadcast until it's removed.

To remove an Audio-only feed or asset, you must select the X button, remove it from the bar, and then take a new scene live.

Adding an MP3 soundtrack to your broadcast:

Place your MP3 into persistent audio into the audio-only bar. This will continue playing throughout your broadcast, as you switch between scenes.

Note: The volume can be adjusted on MP3s, just like with live feeds (see audio slider below). When incorporating a MP3 into your broadcast, adjust the volume so participants can be heard,

In a two-person scene, add both feeds to the audio-only bar. You can now switch between the split shot and alternate between single shots while maintaining the conversation, as the audio from both participants can be heard no matter what's shown on screen. 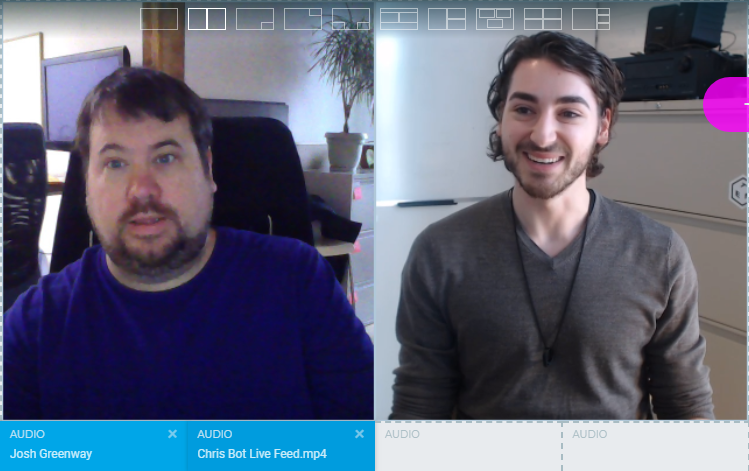 While playing a video, add your feed to the audio-only bar. This will allow your voice to be heard over the video.

In the example below, a video plays with my local cam & mic over the video [left]. After switching to just the video, my mic can still be heard [right] because my feed is in the audio-only bar.

Did this answer your question?